You are here: Home / Archives for Escrow.com 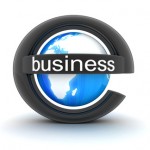 Escrow.com is moving to San Francisco according to a press release out today. The company also released some stats since it was acquired by Freelancer.com Since acquisition: The San Franciso office is headed by newly hired Vice President of Sales Danny Raja, who was previously a senior sales executive at Box and Yammer The backend […]